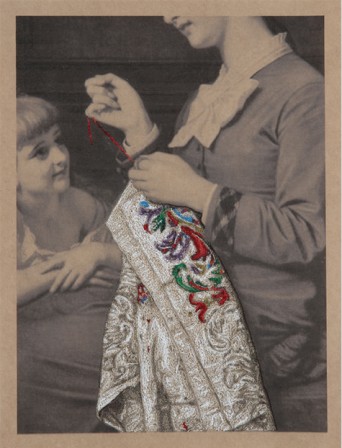 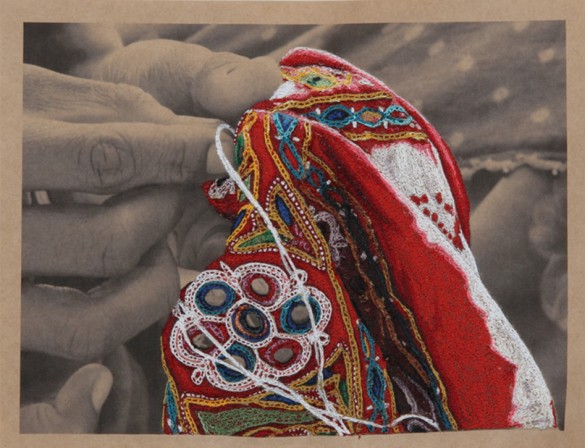 White Rainbow is pleased to announce the opening of Division of Labour, a solo exhibition by Satoru Aoyama (b. 1973). The focus of the exhibition is a new series of work: ‘Map of the World (Dedicated to unknown embroiderers)’ (2012-). The works reference the Afghan craftswomen who assisted in the making of Alighiero Boetti’s ‘Mappa’ series (1971-1989).

For his new series, Aoyama has embroidered four world maps, along with a map of Europe. Reflecting the passage of time since Boetti’s works, new countries such as Ukraine and Serbia are now visible on the contemporary world map. Aoyama’s maps are embroidered using a fluorescent thread. In daylight they reveal little detail, but when shown in a darkened space each country and border is revealed. With this theatrical presentation, the artist offers a suggestion of the often immaterial and intangible quality of borders and the geopolitics that underpin them.

Where Boetti hired craftswomen to implement the technique necessary to realise his ideas, Aoyama undertakes the skilled labour himself on an old Singer sewing machine, in order to reflect on the notion of the individual craftsman in an age of outsourcing and mechanised labour. Having trained originally in textiles, Aoyama is interested in the relationship between fine art and craft, and seeks to question his own role as both an artist and a craftsman. Further, in his re-performing of Boetti’s seminal works, Aoyama also questions the cultural value of appropriation.

In new works that build upon his ‘Map of the World’ series, Aoyama sews over selected found images of craftswomen. With this, Aoyama seeks to reconnect Boetti’s works with the labour conditions of their production. In highlighting female accounts of craft, Aoyama critiques the gendered aspect of labour in Boetti’s original works. Across his wide range of examples, Aoyama’s practice seeks to shed light on those individual craftspeople who remain unknown in historical accounts.