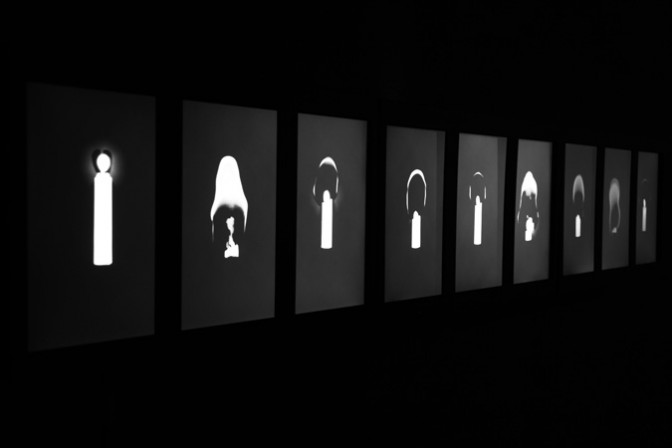 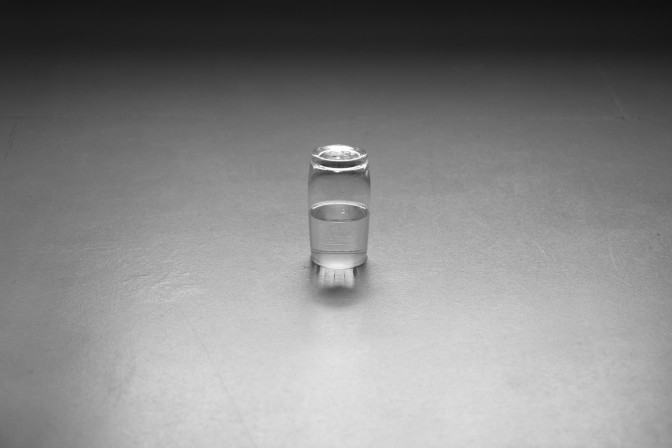 A Root for a Room, 2014, Upside down glass filled with underground water

In the Mist of Time, 2012, single channel video

Through his installation-based video and photography, Youki Hirakawa explores an unmeasurable sense of time and longing. His almost monochrome imagery is touched with a melancholic quality, reconnecting the past with a vivid present. Deftly contrasting still imagery and moving footage, his work recalls its basis in frames per second.

Prior to his move to Germany for several residency programmes, Hirakawa expanded his practice through the investigation of unofficial history. He constructs films as if to reveal the hidden memories or narratives of their settings. Capturing a scene, his subjects become a vernacular landscapes inside the exhibition space, resuscitating sensibilities that may have been obscured through human activity.

For the Nuit Blanche, the artist will exhibit the multi-channel video work Fallen Candles, 2014. Twenty-four candles are laid flat, lit and individually filmed in plan view. Shown simultaneously as a vertical wall piece, the molten wax pools around each candle as it burns.

The number twenty-four signifies the hours in the day. Candles were once used as a night clock and Hirakawa draws attention not only to the arbitrary nature of time measurement, but various forms of what a frame of time offers. The magic lantern, the forerunner of the cinema, was also illuminated with candles, and indeed the number twenty-four also recalls the frames in a second for motion pictures. The candle is still used in sacred places across regions and religions in ritual acts, often denoting thoughts or commemorations for others. In drawing together these associations, Fallen Candles suggests new beginnings, new actions, and compassion for the other.