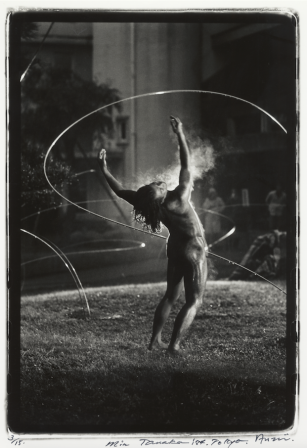 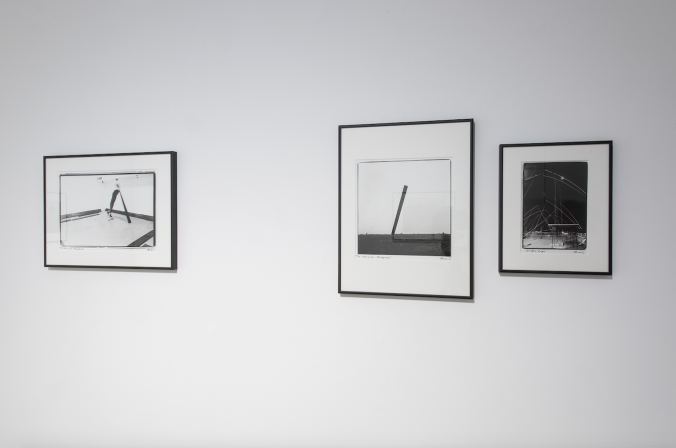 White Rainbow is pleased to announce Index I, a solo exhibition by renowned photographer Shigeo Anzaï. The exhibition will focus on Anzaï’s role as a witness to the landmark exhibitions, events and happenings of the avant-garde in Japan 1970–6, with particular focus on the 10th Tokyo Biennale, 1970.

Shigeo Anzaï began his artistic practice as a painter and moved towards photography in the late 1960s. This led to a career documenting artists and their work, with over 3000 works shot both in Japan and internationally over the last four decades. Anzaï established himself as the foremost photographer of Mono-ha, which as a movement broadly explored the interdependency of natural and industrial materials, resulting in work that was often ephemeral.

Whilst working for the 10th Tokyo Biennale, Anzaï was appointed by renowned critic Yusuke Nakahara to assist Carl Andre, Daniel Buren and Richard Serra. Anzaï began documenting their performances, happenings and installations. Many of these works survive today only through reconstructions or in Anzaï’s photographs.

The 10th Tokyo Biennale, titled Between Man and Matter, is a moment where Mono-ha artists such as Jiro Takamatsu and Kishio Suga were brought into dialogue with artists such as Klaus Rinke and Christo for the first time. Index I will highlight Anzaï’s pivotal role in the documentation and understanding of the 10th Tokyo Biennale within the context of the wider Japanese arts scene. Anzaï’s photographs can be described as an index of recent Japanese art history, and where it encountered or was exposed to international movements. This exhibition provides an opportunity to reappraise an important but less recognised Biennale, which went on to influence subsequent Japanese Biennales and Triennales in particular.

This is the first solo exhibition of Shigeo Anzaï in the UK.  Engaging with two aspects of Anzaï’s photographic practice, White Rainbow will hold two solo exhibitions of Anzaï’s work. Index I (25 November 2015 – 23 January 2016) will focus on Anzaï’s documentation of landmark exhibitions, and Index II (May – June 2016) will focus on Anzaï’s portraits of the artists he came into contact with over a long career, including David Hockney, Yayoi Kusama, Nam June Paik and Joseph Beuys, among others.