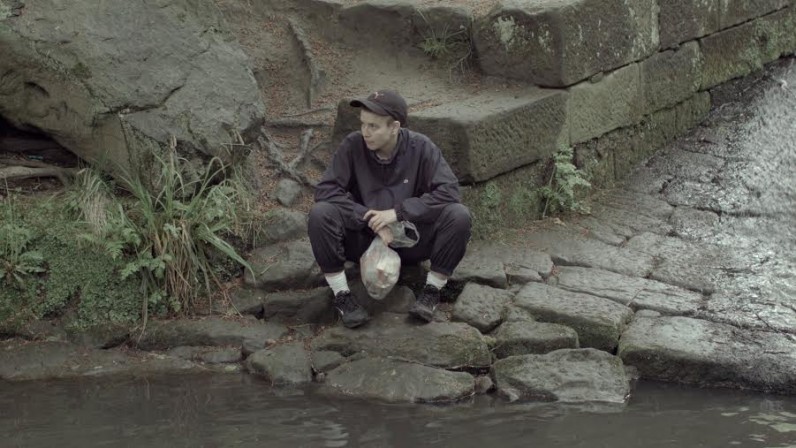 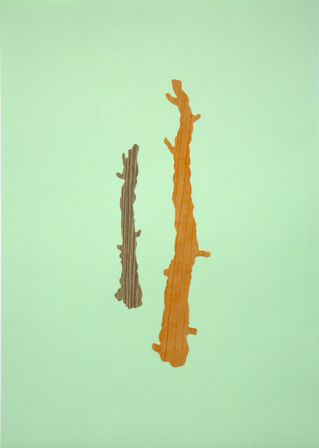 Overlay is an exhibition of new works by four young artists — and a historic work by a celebrated older artist — gathered in response to the 10th Tokyo Biennale. This landmark exhibition, curated by Yusuke Nakahara, opened at the Tokyo Metropolitan Art Gallery in May 1970 before touring the country, and brought together for the first time important Conceptual, Minimalist, and Arte Povera artists from the West with Japanese artists who soon became known under the rubric, ‘mono-ha’, or ‘School of Things’.

The title of that exhibition — Between Man and Matter — suggests one of its most important themes, that of materiality, and of its role in helping form (or providing form for) our relationship to the world; yet it also betrays something else — the overwhelmingly androcentric view of art during this period. Of the forty-one artists in the exhibition, not a single one was female.

Overlay is a necessarily modest, and belated, response to the 10th Tokyo Biennale, adopting some of its themes but developing them in ways which are far more appropriate to our present day. Its title is borrowed from an important book by the feminist art critic Lucy R. Lippard, published in 1983 but written, largely, in the late 1970s. In this work, Lippard explored the strong connections between sculptural practices of the previous two decades — and Land Art, especially — and the ‘art of prehistory’, such as megaliths and hill drawings. Given that these works were often used in ritual practices devoted to a nature which was represented as female, or a form of goddess, then Lippard’s ‘overlaying’ of then-contemporary practices — and forms of activism — upon these ancient artefacts is both moving and compelling.

On the cover of Lippard’s book is an image of a work by the great American artist Nancy Holt (1938–2014), and it is a great honour to be able to include her work in our Overlay, also. Her series of photographs, Trail Markers, were made in 1969 on Dartmoor, which she was visited with her husband, the artist Robert Smithson. (Incidentally, this is close to where Lippard stayed in the 1970s, while undertaking research for her book.) At this point, of course, Holt was a young artist, too, and if this work possesses a modesty of scale absent in her later installations, it shares with them an acute sensitivity to material, time, and place. It seems clear that she should have been included in the 10th Tokyo Biennale, as some of her friends — Carl Andre, Richard Serra — were, and in including her here, we hope it might be seen as a form of retrospective restitution.

The four remaining artists in the exhibition; Cathy Haynes, Nancy Holt, Hannah Lees, Zoë Paul, Claire Potter, might all be said to share with Holt a fascination with material, and its relationship to time and place, an active relationship at that, one subject to chance and change, and one which can be used with intent both personal and magical. While their works might also, then, share some of the concerns of the artists written about by Lippard, they explore them with a greater knowingness than was sometimes evident then, an unwillingness to accept the supposed naturalness of being female, and the connection to the earth which comes with it. Their works are marked by a sense of dislocation from the natural world — even an uncertainty of what might be meant by such a phrase — and are streaked with the artificial and materials which we persist in calling ‘man-made’. There is something provisional about the works, beautiful and compelling as they are, and, like Holt’s photographs, they seem to suggest that they are but points along a way.

The exhibition has been curated by Jeremy Millar, artist, and tutor at the Royal College of Art, London. A publication containing a conversation between the artists and Millar, as well as reference and installation photographs, will be available in September 2016.