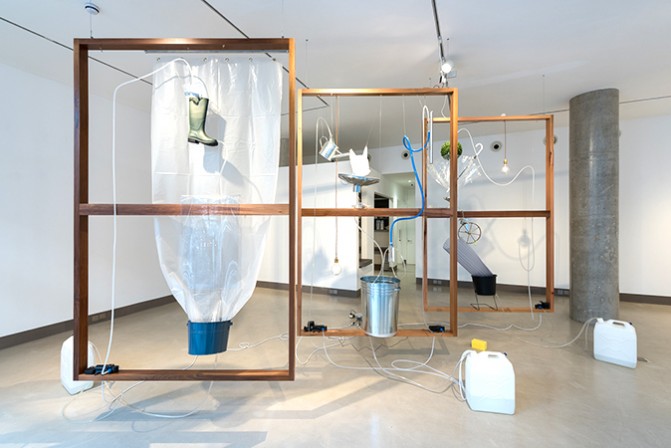 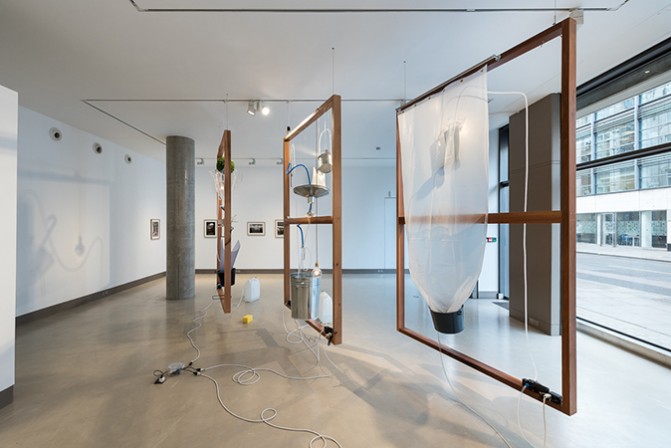 White Rainbow is pleased to announce the first UK solo show by Yuko Mohri (b.1980, Tokyo). Mohri recently completed two residencies at established London institutions: the Victoria & Albert Museum, and Camden Arts Centre. The focus of Mohri’s debut UK solo will be an installation of her project Moré Moré [Leaky], a long-term research project into the Tokyo metro. Mohri exhibited her first iteration of the project at the prestigious Nissan Art Award 2015, which she consequently won.

Mohri’s work is responsive to the built environment. Her kinetic installation at White Rainbow will be in the form of a circuit, with found materials ‘wired’ together to contain flowing water, mimicking makeshift water repairs she noticed in the Tokyo metro. Mohri’s Moré Moré [Leaky] series is characterised by extensive fieldwork, including a range of photographic documentation of the repairs. A selection of these photographs will be produced and displayed for the first time at White Rainbow, and will connect Mohri’s research and work with photography to her installation work, for which she is best known.

Mohri’s installations consist of reconfigured machine parts and everyday items such as bicycle wheels, plastic sheeting, watering cans, lightbulbs and more, collected in cities around the world, from which she creates self-contained moving ‘ecosystems’, channeling intangible energies such as magnetism, gravity, temperature and light. Moré Moré follows the same lines – an assemblage of everyday items, junk, and machine parts collected in London, which will be set within a frame and suspended from the gallery ceiling.