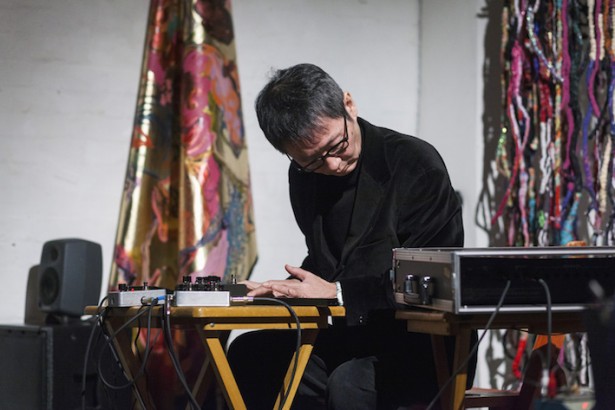 30 minutes performance in collaboration with the Japanese musician Ken Ikeda, starting from 7pm.

White Rainbow is pleased to announce a music performance by Ken Ikeda for the next ‘Fitzrovia Lates’.

The performance accompanies the exhibition ‘Division of Labour’ by Satoru Aoyama, which presents his series of embroideries titled Map of the World (in reference to the Italian artist Alighiero Boetti’s Mappa del Mondo, 1989).